Over the years, a close cooperation has seen the day between Inria researchers and researchers in the Maghreb and Sub-Sahara African area, contributing to the emergence of a community of computer scientists and mathematicians that was able to organize itself into a network of high-performing partners and teams.

It all began in 1992 with the first CARI  symposium, which will be celebrating its 13th edition in 2016 in Tunis. This event and the programmes and projects that followed, have allowed the continent’s  researchers  to find out about each other and create a strong community of mathematicians and computer scientists. This community is very dynamic and open to collaborations with Europe.

This Programme has aimed to achieve sustainable consolidation of scientific capabilities in computer science and applied mathematics in Africa, soi it was a great success.

The African journal for research in Computer Science and Applied Mathematics is the result of scientific cooperation between Northen and South countries which has been under development since more than twenty years, in the framework of the CARI’s activities. Its principal goal is to become a channel for broadcasting the results of this cooperation. It’s scope encompasses all research topics in Computer Science and Applied Mathematics. Authors presenting research resulting from collaborations between African and Northern countries or research results entirely obtained in Africa are particularly appreciated.

These Conferences, programmes and projects have strengthened the network’s organization based on centres of excellence and jointly supervised PhD thesis. As a result, the African teams have now attained critical size, therefore enabling the creation of the LIRIMA. 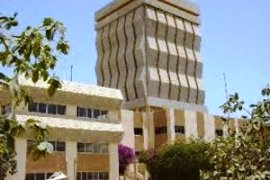