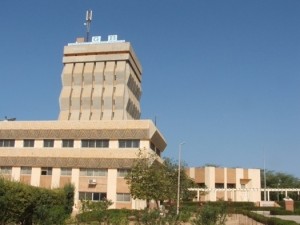 After the review performed in late 2014 on LIRIMA’s first five years (2009-2014), its partners have chosen to pursue this Franco-African laboratory experiment in Computer Sciences and Applied Mathematics with the joint objective of addressing research and technology transfer issues specific to Africa.

Last year, 2015, was marked by LIRIMA becoming an “Inria International Lab”, the signing of a new agreement on the establishment of this new international laboratory in Africa, and making several changes to LIRIMA’s governance.

The agreement was signed by the rector of the University Gaston Berger, which has agreed to host LIRIMA’s new headquarters, and by Inria’s chairman and CEO, who committed to support the research conducted there. By signing the membership form, each partner undertakes to support the laboratory and to participate in its steering committee.

The goal of LIRIMA’s new status as an “Inria International Lab” is to amplify the impact of the collaboration of Inria with its African partners. The creation of a partnership is a strategic decision by Inria based on the presence of a critical mass of collaborations and the scientific theme covered by the latter. Inria’s objective is to have a small number of partnerships that focus on a few major topics. There are currently five outside Europe: two in the United States, one in China, one in Chile and LIRIMA in Africa. It thus provides strong support from Inria, as well as a great challenge for LIRIMA!

Basically, this results in greater flexibility in the creation of new teams which may be proposed each year in the framework of Inria’s “Associated Teams” program. It will consist of three-year projects, which can be renewed once, with well-defined and evaluated research and technology transfer objectives.